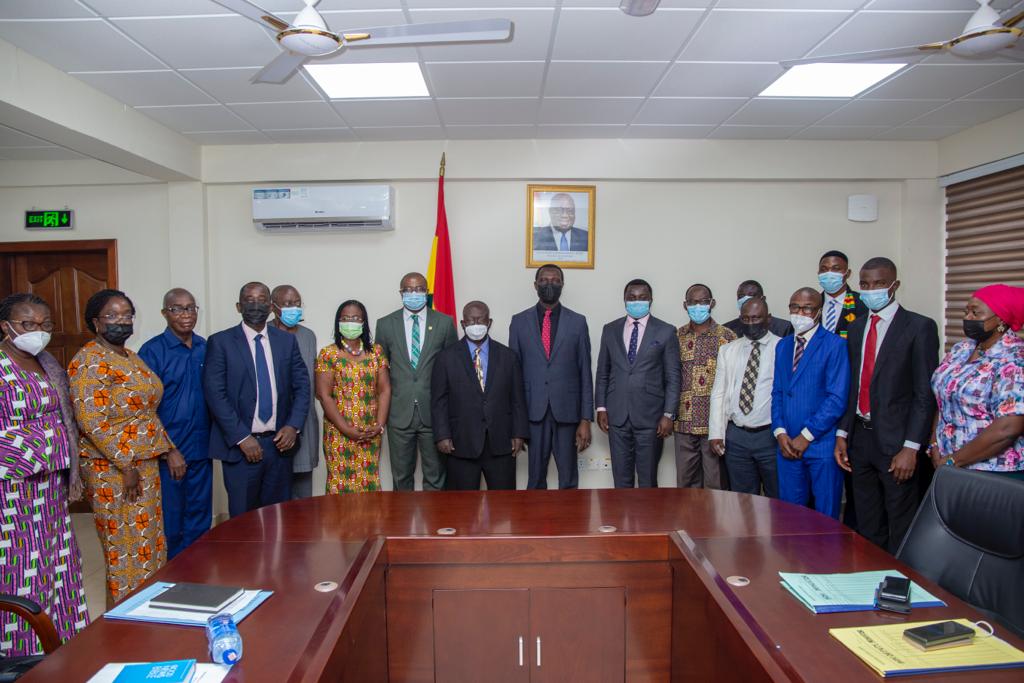 The Minister of Education, Dr. Yaw Osei Adutwum has inaugurated the University of Environment and Sustainable Development, (UESD) Council at a ceremony in Accra.

The twelve-Member Council which has Professor Jonathan Narh Ayertey, retained as Council Chairman, swore the oaths of Office and Secrecy administered by the minister.

In an address, the Minister of Education Dr. Yaw Osei Adutwum congratulated the Members on their position particularly the Council Chair, Prof. Ayertey who was retained.

He urged the Chairman to orient the new Members on the inner workings of the Council.
He said, as the first public university in the Eastern Region, a lot is expected of them to lead the chart in education not just for the country but also for the community in which the university is located.

The Education Minister indicated that apart from the core mandate of getting the university to run well, the other assignment is to leave a better legacy for the people in the community and its surroundings who gave ‘you the opportunity to exist.’

He said, the lands the university is occupying should benefit the community. He explained that the narrative of universities and other tertiary institutions allocating scholarships to indigenes as part of their social responsibility to them is not always realistic, because most of the community members do not get the opportunity to attend those institutions.

He therefore suggested the setting up of what he called a ‘neighbourhood academic initiative,’ where Lecturers or the Vice-Chancellor would visit the schools in the communities occasionally to motivate the pupils to know that, they could also aspire to be Lecturers or venture into areas that they did not dream of aspiring to be.

The Minister was certain this move would leave a lasting impact on the children.

They could also get the students of the university to serve as reading volunteers in the communities to help the pupils at the Basic and Secondary levels to read and attain higher literacy.

Dr. Adutwum indicated that getting the community members to attend the university would serve as the greatest source of security and not a threat to campus.

He said, ‘ if you continue to have an ivory tower where the poor need not come, where children will pass by your university every day and think, it in their hearts that they would never get there, you wouldn’t have served your purpose as a great institutor of higher learning.’

Dr. Adutwum said, there is also the need for the establishment of a,’a high performing Basic and Senior High Schools around the university community for the children of staff members of the university to attend.’

This move will encourage prospective Lecturers to take up appointments there.

In his remarks, the Council Chairman, Prof. Ayertey, thanked the President, Nana Addo Dankwa Akuffo Addo for the confidence reposed in him to run for another term.

He promised to provide leadership that would lead to the creation of a university that benefits the nation.

Present at the ceremony included the Registrar of UESD, Mrs Mary Abena Agyepong and the Director of Finance, Mr. Baffuor Awuah Kwabi.