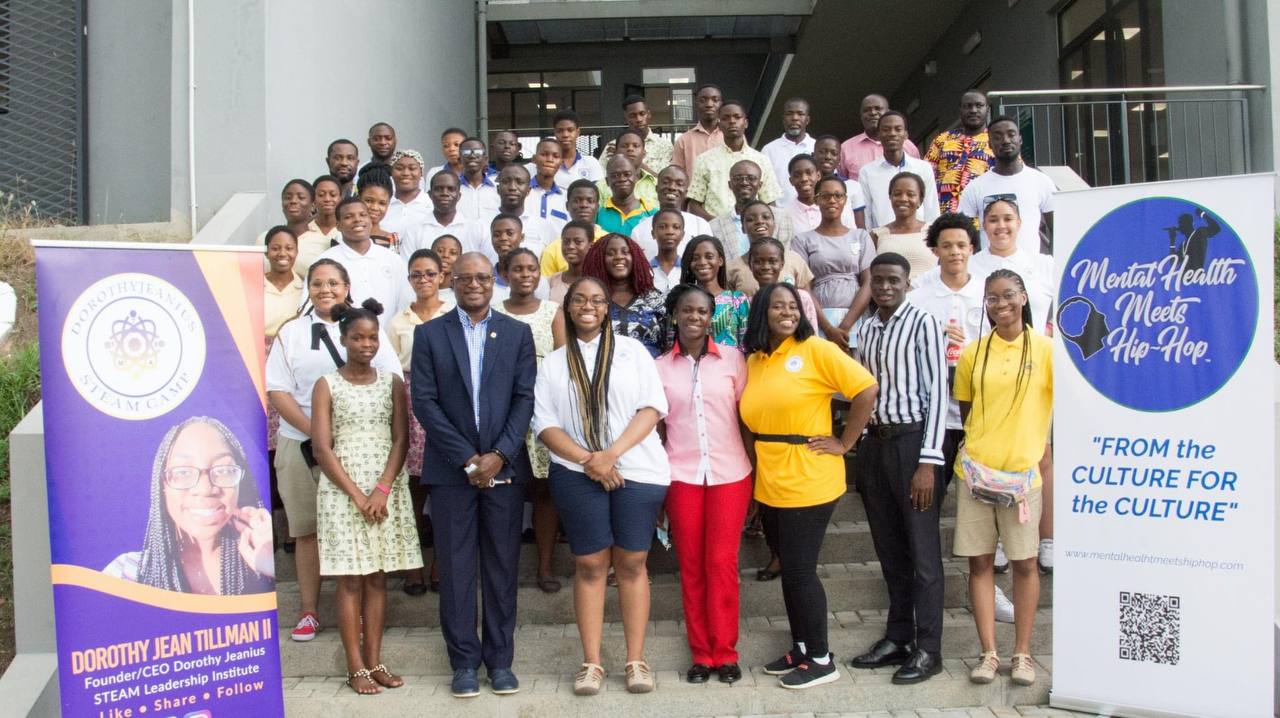 A Science, Technology, Engineering, Arts, and Mathematics (STEAM), boot camp for some second-cycle schools in the Yilo & Manya Krobo and Akuapem Municipalities has been held on the campus of the University of Environment and Sustainable Development (UESD). The workshop which took place in the Multipurpose Auditorium was organized by the Community Engagement, Project and Innovations Unit (CEPIU), in collaboration with the Dorothy Jeanius STEAM Leadership Institution and Mental Health Meets HIP-HOP from Chicago Illinois, USA.

The purpose of the two-day boot camp was to create awareness among the students and to makea positive impacton STEAM, an educational approach to learning that uses Science, Technology, Engineering, the Arts, and Mathematics as access points for guiding student inquiry, dialogue, and critical thinking.

STEAM is a fast-growing field that scientists are utterly exploring, and scientists like Dorothy Jean Tillman wants more youths to be involved. Dorothy, made history as the youngest environmental and sustainable scientist in the U.S at the age of 14 when she obtained a Master’s degree at Unity College. Her desire is to expand opportunities through STEAM.

Dorothy was accompanied by her five (5) stimulators who are also students, and her mother who doubles as her manager.

The Pro-Vice-Chancellor of UESD, Prof. Edward Wiafe Debrah addressed the Dorothy Jeanius team and the students and expressed his excitement that the University was the host. He said, the UESD is a university that cares for the environment with the aim to train manpower for the country and the earth to equip students to “Secure the Environment” which is the motto of the University.

Prof. Wiafe Debrah said, he was excited the UESD was the host University. He explained that boot camp is an American term used to describe the activity and space (exercise space) for new recruits in the American Army but now educationists and businesses have adopted the term and trained their students and staff in a short curriculum.

He urged the students to take the programme seriously to enable them to share the knowledge they have acquired with their colleagues in school.

The CEO of Mental Health Meets HIP-HOP, Tatiana Lane, kicked started the boot camp with a meditation session. She fused mediation with STEAM education and described how the two merge together with Emotional Intelligence (free writing). Some activities for the first day were the extraction of DNA using mango as the subject case of study and STEAM Bingo which was aimed to introduce the students to new fun intercultural games.

On day two of the boot camp, some of the experiments made were coke eruption under Physics and the making of slime under Chemistry. Later, the Vice-Chancellor, Prof. Eric Nyarko Sampson, and the Registrar, Mrs. Mary Abena Agyepong visited the camp and interacted with the students.

Prof. Nyarko-Sampson expressed the hope that the experience the students will acquire will not be forgotten in a hurry. He told them to note that items they consume and use dailylike glue, chewing gum, vitamin c, baking powder, carbonated drinks, oil, liquid soaps, and rubbing alcohol canbe used for scientific experiments.

Prof. Nyarko Sampson counselled students to always remember science is part of life. They should also erase the mentality that science is difficult. He asked them to, ‘adopt a scientific mind, a scientific eye, and a scientific approach’ and build on what has been taught to become what he called, ground-breaking scientists, environmentalists, and outstanding entrepreneurs. He encouraged the students to learn hard and apply to the UESD family.

Prof. Nyarko-Sampson applauded the efforts of the organizers and counsellors for involving the schools and for giving them such an experience.

The students were presented with certificates at the end of the exercise.