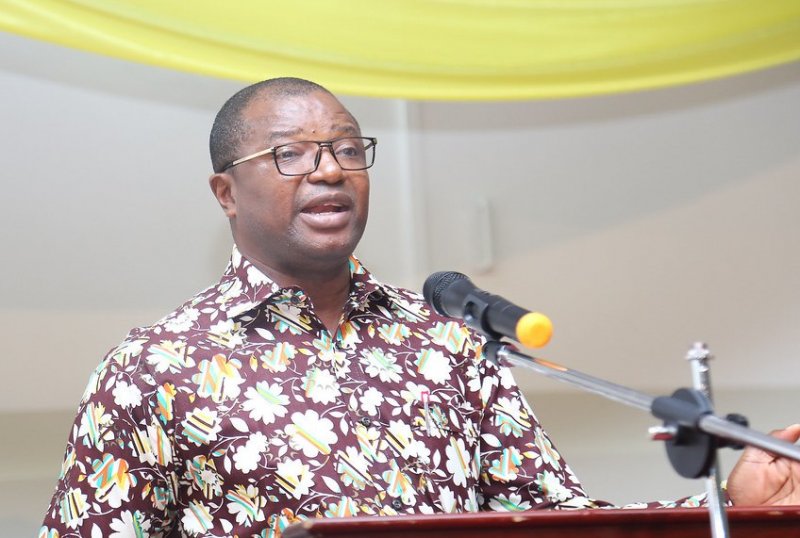 Koforidua, Aug 8, GNA – Professor Eric Nyarko-Sampson, Vice-Chancellor of the University of Environment and Sustainable Development (UESD), Somanya, has advised the government to listen more to teachers and involve them in educational policy reforms, formulations, and implementations for effective outcomes.

He said the opinions of teachers carried a lot of weight when it comes to policies and decisions in education since teachers remained key policy implementing agents in the education sector.

It was on the theme: GNAT@90 surviving as a reliable and vibrant teacher union in the 21st century – teaching the journey, explicating the essence, and examining the prospects.

The Vice-Chancellor said teachers possessed professional voices which must be heard by the government and all stakeholders in the education sector for effective implementation of any educational policy reforms.

“I wish to entreat government to listen to teachers more and ensure their involvement in the policy and decision-making processes at all times in matters of education,” he added.

Professor Nyarko-Sampson listed myriad of complaints which he noted were working together to negatively affect the motivation of teachers and called for their speedy redress.

“Low levels of salaries that culminate into lower pensions tend to bring about psychological emotions and fears of insecurity after retirement,” he said.

He said such situations revealed the frustration of teachers as they practiced their profession and have the tendencies of causing them to leave for lucrative jobs with attractive conditions that guarantee better security.

He said policymakers who failed to involved teachers but chose to seek their inputs after the formulation of such policies were less likely to be received.

“Again, teachers can be involved as partners in drawing education policy and implementers in such changes to make their voices heard,” he added.

Research has shown teacher unions exhibit their power to include influence on policy and opposition to reform.

The VC called for support to teachers to be successful both in the classroom and also be able to take up leadership opportunities when asked to share their input and generate solutions for schools.

He quoted an expanded commentary on Darker Framework for Action stating that: “No education is likely to succeed without the active participation and ownership of teachers.

“Teachers at all levels of the education system should be respected and adequately remunerated; have access to training and on-going professional development and support including open and distance learning.”

The framework also states that teachers should be able to participate locally and nationally in decisions affecting their professional lives and teaching environments as well as accept their responsibilities and be accountable to learners and communities.

“This will enhance the professional competence of teachers which will effectively affect the delivery of instruction in a very qualitative sense,” Professor Nyarko-Sampson said.

He said involving teachers in education policies and training them was fundamental in any successful education reform, and therefore, urged GNAT to place itself as a competent partner in, and for the success of Ghana’s educational enterprise.

Mrs Margaret Nsiah-Asamoah, Eastern Regional Director of GES, urged the association to stay in the cause of its collective quest to look out for the welfare of the Ghanaian teacher.

“Indeed, the reward of the Ghanaian teacher is no longer only in heaven, but also here on earth,” she added.

She warned leadership and members of the association against partisan political interference, saying: “We all know how the infiltration of political interests and partisanship have broken our ranks from the very beginning.”

“I, therefore, think it is about time we looked at not repeating the very mistakes we have made since the 1960s.”

Eastern regional chairman of GNAT, reminded teachers that the world tomorrow depended on the world teachers open up for children but said: “teachers should be given all the encouragement to make every child experience the miracle of learning.”

“Qualified and desiderated teachers can make the miracle happen if they are given the necessary boost,” he added. “A frustrated and ill-motivated teacher is a virus in the knowledge dissemination chain.”