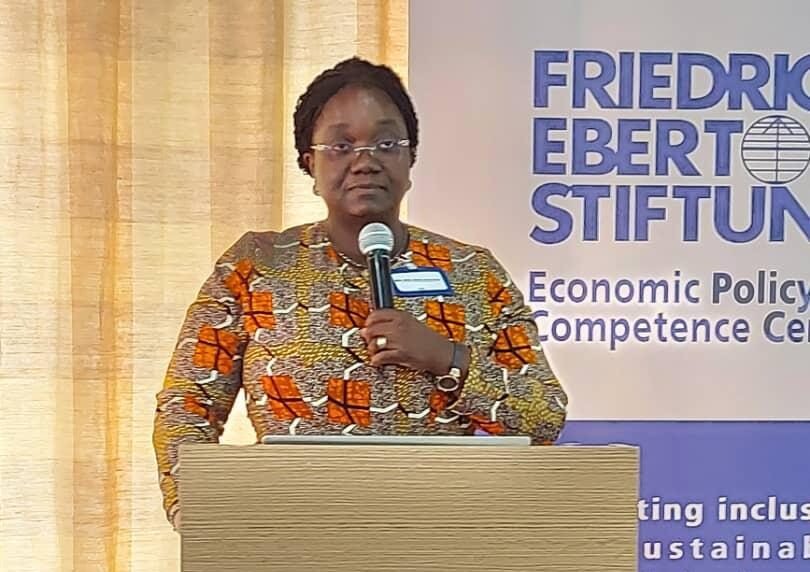 A Gender and I.C.T consultant, Mrs Mary Abena Agyepong has called for the introduction of training and capacity building on I.C.T tools for women and also making the use of I.C.T for them more accessible.

These were part of the recommendations contained in research findings she presented at the first International Conference of the University of Environment and Sustainable Development, UESD held in collaboration with the Friedrich Ebert Foundation at Akosombo in the Eastern Region.

Mrs Agyepong who is also the first Registrar of the UESD presented a paper on the topic: Women, I.C.T usage and structural transformation in Ghana: Study of Manya and Yilo Krobo Municipalities. Her research investigated how women in the twin Municipalities of Yilo and Manya Krobo have used the various forms of I.C.T to do business.

The research quoted reports from the International Telecommunications Union, (ITU), which indicated that the percentage of women gaining access to I.C.T is gradually decreasing. It attributed the reduction to a gap in access and use of the internet, a gap in digital skills and use of tools as well as a gap in participating in Science, Technology, Engineering and Mathematics (STEM). Also, data from the National Communications Authority, NCA showed that in Ghana, the number of mobile subscriptions had steadily increased in recent years from 39% in 2018 to 41% in 2019.

Mrs Agyepong in her research argued that mobile phone, internet usage and adoption are the major drivers of structural transformation, but questioned its availability and accessibility vis-à-vis its usage.

The respondents were drawn from both the formal and informal sectors between the ages of 18 and 30 years in the Yilo and Manya Municipalities.

Preliminary results confirmed that women in the ‘twin’ Municipalities have access to ICT in undertaking their businesses. However, the depth of knowledge and usage was found to be limited because the cost of internet and data were very prohibitive. Consequently, the huge potential of I.C.T in economic transformation is constrained.

The findings revealed that the majority of the respondents, that is about ninety-six (96%) percent of them adopted I.C.T to support their businesses. These were in the form of mobile phones, television, desktop and laptop computers and fixed telephone lines. Their main sources of internet connectivity were mobile phone hotspots, wireless broadband and modern dial line connections.

Mrs Agyepong recommended among other things in her research, developing clear and transparent pricing and partnering with manufacturers to offer entry-level (smart phones) to female traders at a reduced cost. She also called for the Business Resources Center to be equipped to benefit the women.

Mrs Mary Abena Agyepong is a well-resourced person noted for her professionalism and flint of integrity with high levels of local and international exposure that has tremendously inspired her life, work and relationships.