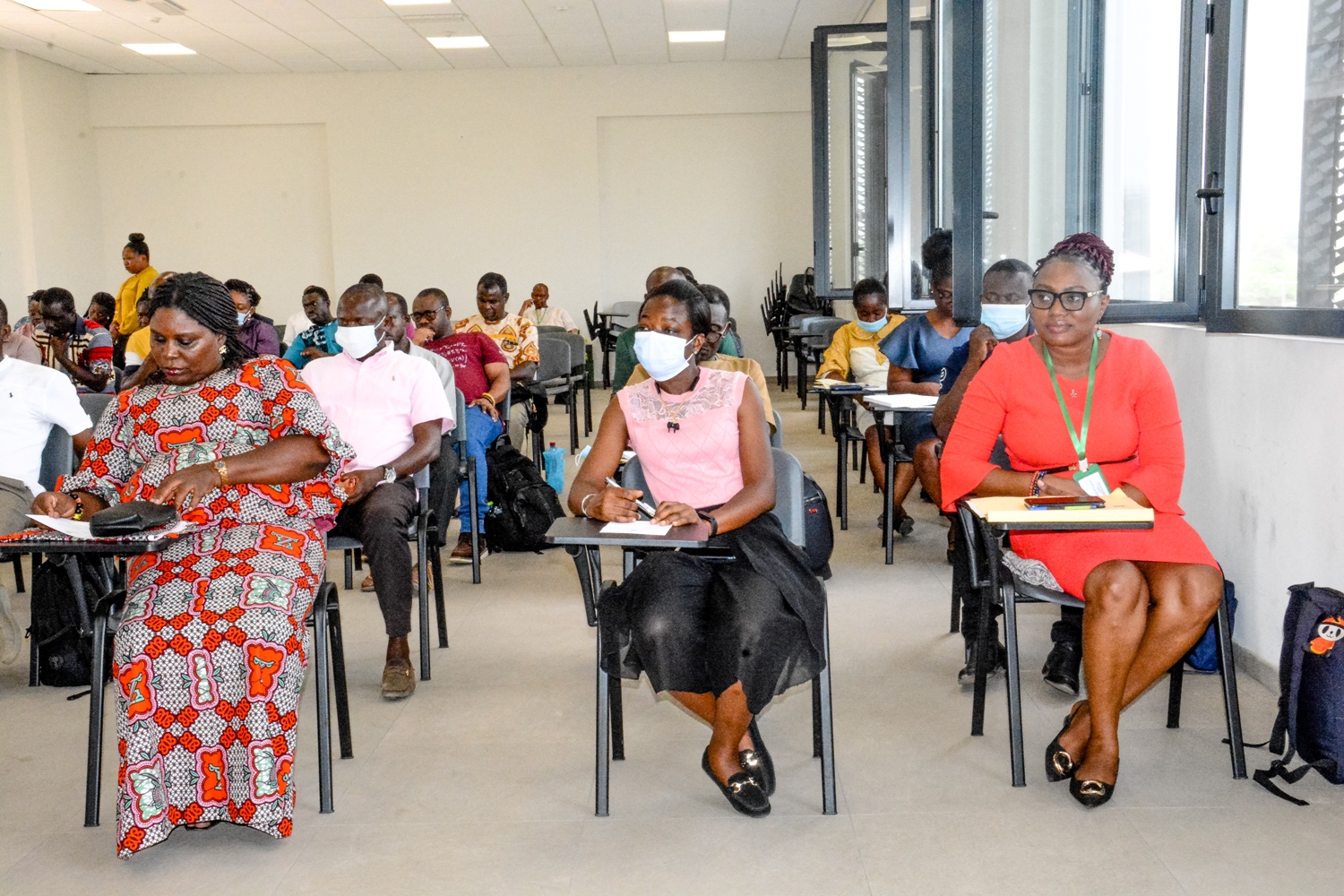 As a precursor to the official opening of the 2023 HOPE Roadshow of the University of Environment and Sustainable Development (UESD), which takes place on Monday, January, 2023 an introductory session has been held for newly recruited staff of the University. The session which took place in the Lecture Theatre 6 of the Academic Block was chaired by the Vice-Chancellor, Prof. Eric Nyarko-Sampson.

The newly employees are made up of Teaching and Non-Teaching staff who joined the University in the latter part of 2022. The session was to inform them about the HOPE Road show, instituted last year which has become an annual event.

In his address, the Vice-Chancellor, Prof. Eric Nyarko-Sampson, stated that his vision is to make the UESD a leading university in raising a new generation of young graduates who exhibit HOPE in all endeavors.

He explained that HOPE is an acronym for Honesty, Opportunity, Perseverance and Enterprising which are the Core Values of the University and represent the four significant pillars that should form the foundation of every young person’s upbringing. He said, when these virtues are inculcated in the students, it becomes their way of life and prepares them as ‘a strong army of HOPE’, poised to improve the fortunes of Ghana and cause a positive change in their communities and beyond.

Prof. Nyarko-Sampson stated that his vision requires a constant reminder and a holistic approach for which reason he has made the HOPE Road show an annual event which consciously assembles all staff (both teaching and non-teaching) and students for the purpose of HOPE. Adding that the Core Values will soon be incorporated into the curriculum of the University.

The Chairman of the HOPE Roadshow Committee, Dr. Michael Odame Larbi, said, the project deserves to be given the necessary attention and, therefore appealed to the University Community to participate fully in all sessions. Present at the session were: the Pro-Vice Chancellor, Prof. Edward Wiafe-Debrah and the Director of Internal Audit, Dr. Emmanuel Opoku-Ware. The HOPE Roadshow which officially commences on Monday, January, 23 has the theme: (motto) “Leading the UESD way: Creating an army of HOPE.”