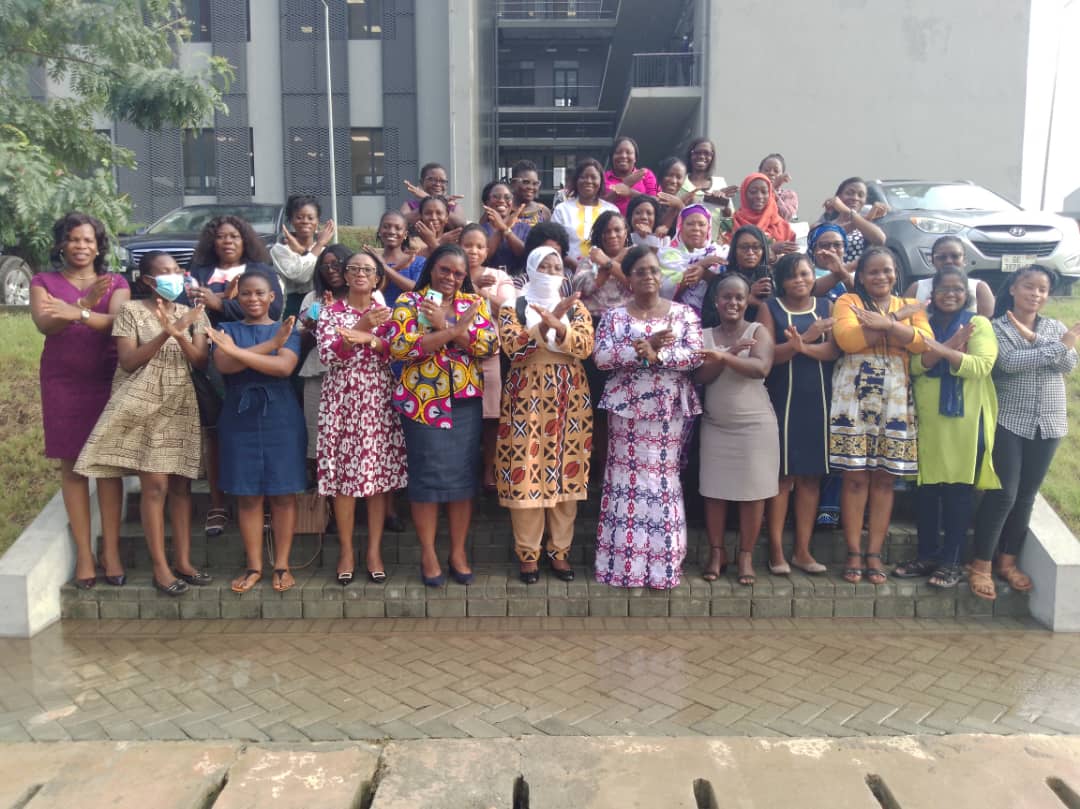 The Ladies Club of the University of Environment and Sustainable, (UESD) in Somanya has organized a symposium for its members to mark this year’s International Women’s Day which fell on the 8th of March, on the theme: “Breaking the Bias”.

The International Women’s Day is celebrated globally every year to recognize the social, economic, cultural and political achievements of women. The event celebrates women’s achievements and raises awareness about women’s equality and lobbies for accelerated gender parity.

It was in two sessions, the first on the theme and the other, a talk on Cervical Cancer.

Speaking on the theme Breaking the Bias, a Lecturer at the School of Sustainable Development, Dr. Fatima Eshun demonstrated to the participants the importance to forge ahead in their areas of specialiasation and work to break the bias.

She said, it is encouraging women are doing great exploits in their chosen careers. She reiterated that females make up half of the world’s population and raising women’s participation in the workforce can boost economic growth. Therefore, it is important their education and health needs are paramount to boost economic growth and better their living standards.

Dr. Eshun said, there is the urgency to improve the lot on women and it is for this reason the UN has dedicated goal five (5) Achieve gender equality and empower women and girls, to women’s issues.

Quoting statistics from the UN on the types of bias women encounter, Dr. Eshun indicated that in 2020 for instance, only 47% of women in the working age bracket participated in the labor market, compared to 74% of men- a gender gap that has remained constant since 1995. In Politics, the story is no different as women held only 28% of managerial positions globally in 2019.

These statistics, the stated is not good enough. She said, despite the gloomy statistics, it is possible to break the bias and it starts with women themselves.

Dr Eshun said, although there are certain policies in place to cushion women, such as the right to education, healthcare, property and maternity leave, there is still more room for improvement. For instance, there must be a review of some legislations that prevent women from reaching their full potentials.Also, hire women just as men’, students should be encouraged to take up courses not because of their gender but because of their passion, interest and the intelligence to pursue it.

Speaking on Cervical Cancer, a Senior Midwife at the Atua government Hospital, Madam Anita Korang Ansong, underlined the importance of females to take the screening of cervical cancer seriously because of its consequences.

She explained that cervical cancer is caused by the Human Papilloma virus infection (HPV), which forms warts on the private part.  It can also be transmitted through sexual intercourse. She advised that it is important to seek medical attention when one sees any unusual growth around their private part. She said that there are vaccines for the treatment for warts but no cure for the virus. She therefore encouraged ladies to go for periodic screening.

The symposium was also a forum for sharing personal experience on bias and lessons to be learnt. Narrating her personal experience, the Registrar of UESD Mrs. Mary Abena Agyepong, said, she has lived through bias in her career as an Administrator. She said, ‘’although people have their perceptions about you, that should not define you as a woman.’’

She said, it takes a lot of patience and hard work to let others see that being a woman has nothing to do with one’s capabilities,’ but hard work and a sense of professionalism would speak for you as a woman.’ Mrs Agyepong continued that, women should not let pregnancy or motherhood stop them from working hard and achieving laurels and changing perceptions and breaking the bias starts with women themselves. She encouraged the women not to allow the challenges they face as women to be a stumbling block to them and their careers.

She said, hard work is the way to go as the motto of the club says “Empowered to stand out” they should live by it.

The Registrar commended the organisers of the symposium for putting together the programme.